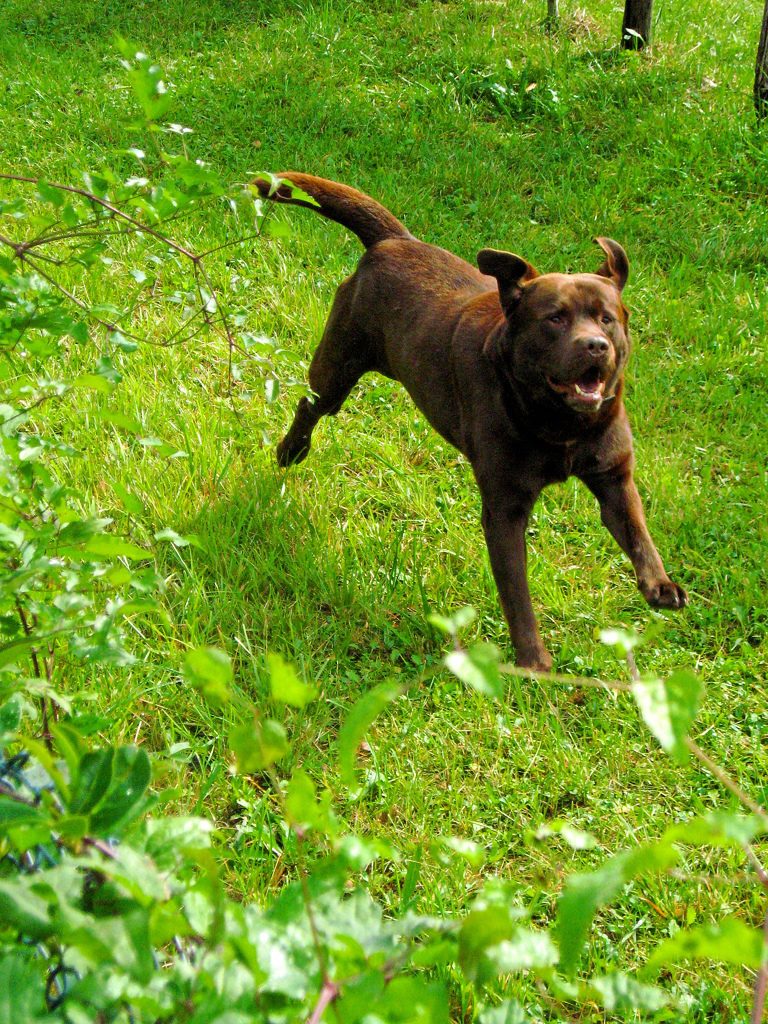 “Why do we do this to ourselves?” my brother asked me half a decade or so ago, shortly after he and his wife adopted an abandoned dog.

“Don’t we have enough pain in our lives,” he asked, “without falling in love with something that’s going to live maybe 10 years, then break our hearts when it dies?”

I’m fairly certain I had no good response for him then, but after having spent the better part of the past 14 months in the company of a Chocolate Labrador Retriever named Guinness, I finally have an answer:

We make pets a part of our lives because today matters

That it took me until midway through my fourth decade on Earth to learn this lesson – and that my teacher is a hairy little philosopher who does his business in the backyard and occasionally tries to eat things he finds stuck to the road – may say more about me than it does about the truth this commentary is based upon, but hear me out.

I have read that humans are the only animals who are cognizant of their own mortality. Of course, no one can prove that this is true – or establish whether this foreknowledge is a blessing or a curse.

I don’t know if Guinness spends any time contemplating this quandary, though I can confirm that he’s never expressed any apparent angst over the existence of an afterlife to me. But I do know that my dog can luxuriate in the moment better than just about anyone I’ve ever met – and therein lies his greatest gift to me.

We’ve been told time and again that “tomorrow is just a promise, and all we’ve really got is today.” Now, I understand the carpe-diem sentiment behind this reminder, but let’s be honest here: if all you’ve got is today, you really don’t have very much.

Think about it: One of the qualities we most value in our jobs is security (or, the promise that when we show up tomorrow, we’ll still be employed.) And isn’t the true beauty of a wedding ceremony best expressed not by “I love you today,” but with “I will be here beside you tomorrow?”

Thus, with a persistent wariness against carpe-ing too much diem, I have spent way too much time combing through the rubble of yesterday in a valiant attempt to, as the politicians tell us, build a better tomorrow.

And then I met the G-dog.

Guinness reminds me that not only do we need to stop and smell the flowers, we occasionally need to lick the good ones, eat a few of the great ones, and drop down and roll around in the truly outstanding ones.

He reminds me that long walks do more for the soul than they do for the heart and lungs, that no day is a bad day if it contains at least two meals and one nap, and that you can never go wrong by showing your love.

Like every other pet owner, I know that lurking in my future is a day of searing absence. But the pain of this knowledge is tempered by sharing my days with one who, though he may not be aware of his fate, nonetheless lives every day with the joy and passion we all say we would “if this were my last day on earth.”

There are likely as many reasons for owning a pet as there are pet owners. For me though, I find that adopting a little brown dog filled a gap in my life that I hadn’t even realized was there.

Journals, photo albums and more amazing memories than I ever thought I would have keep my yesterdays stored safely away. My two-legged loved ones offer me faith for the future and the promise of tomorrow.

And Guinness? He gives me my todays.

This post originally appeared as a commentary in the Sept. 9, 2003, edition of The Citizen, the newspaper for the U.S. military community in Stuttgart, Germany, under the title “Life Lessons from a Four-Legged Philosopher.”

I cherish every moment that we shared. And I miss him every day.